Diamond Roll-Rings for the Space Market

In the Space Market, heritage is critical and the Roll-Ring® earned its space heritage on the International Space Station (ISS) which has been in service since 2001. The power required to support the scientific and operation functions of the ISS is provided by arrays of solar panels. Designing a system to transfer signals and power across several rotating joints at high voltage and current in a hard vacuum environment presented complex issues for the ISS designers. Wear debris created by slip rings can cause short circuits and can result in the formation of destructive plasmas and failure of the transfer path. The drag torque of slip ring transfer mechanisms can be undesirably high when large amounts of power are transferred because of the many brushes required. The vacuum environment also requires special lubrication consideration with the sliding slip ring contacts. 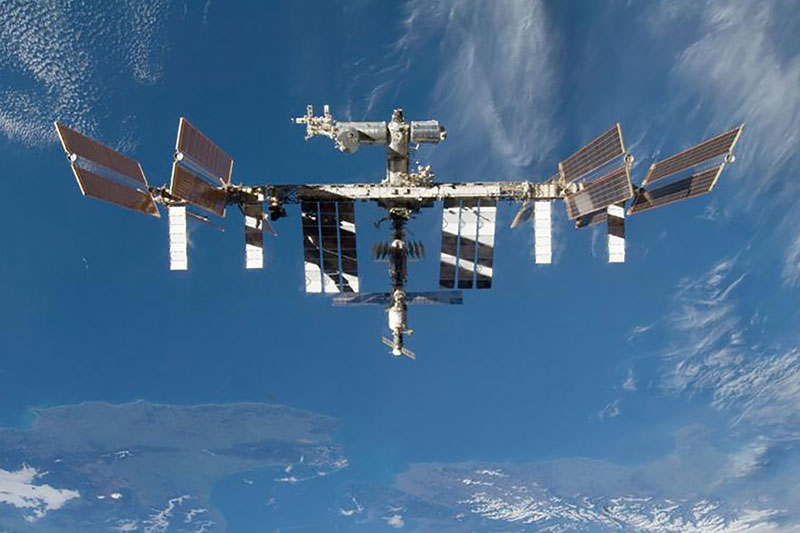 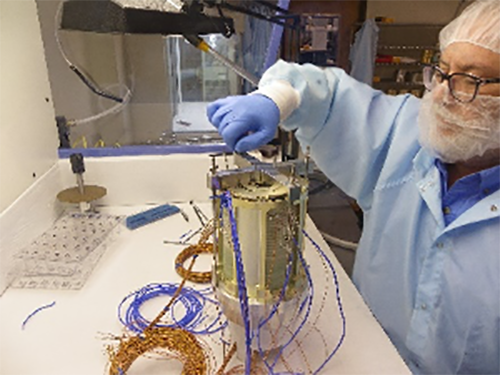 After developing a high-power rotary transfer capability based upon the Roll-Ring technology in which the listed problems were eliminated, the inventor of Roll-Rings led an effort to accommodate the ISS power transfer requirements and to maximize the power transfer efficiency. This configuration accommodated the vacuum environment since the rolling interfaces had minimum debris generation, did not require any lubrication, and had inherent torque which was reduced by several orders of magnitude as compared to that of slip rings. An additional benefit toward reliability is the fact that the rolling interconnections in Roll-Ring configurations do not require any adjustments but instead establish proper preloads and alignments at assembly. This eliminates a source of potential performance inconsistency.

These features and proven performance resulted in a NASA selection of Roll-Rings for the electrical transfer in all rotational joints between the ISS solar arrays and the central Command Module. The demonstration of a power transfer efficiency of 99.966 % resulted in a NASA decision to use Roll-Rings on all rotational axes on the Station. This included use in mechanisms which are used for both oscillatory motion and full rotation. The validated electrical transfer efficiency is significantly greater than that achievable with slip rings or a rotary transformer. The exceptionally high transfer efficiency is especially important because of the difficulty transferring loss heat from the station to space.

Diamond-Roltran was contracted by Airbus Defence and Space GmbH to deliver Roll-Ring Power and Data Transfer Devices (PDTD) capable of operating for 234 Million revolutions in space for the MetOp-SG satellite program. Due to the high number of in-orbit revolutions, conventional slip rings could not be used for the scan mechanism design due to the debris generated in slip rings. The Roll-Ring transfers power and electrical signals, including Low-Voltage Differential Signaling (LVDS), for the Microwave Imager (MWI) and Ice Cloud Imager (ICI).

The PDTD Roll-Ring assembly is a bearing-less Roll-Ring. The rotor and stator are captured and held concentric by a retention plate. The retention plate is removed during the Airbus Defence and Space GmbH assembly process, while the Roll-Ring utilizes bearings of the scan drive unit to allow for rotation. The Roll-Ring is protected from the outside environment by a contactless labyrinth seal that contains a torture path to particle entry. The Roll-Ring uses gold plated rings and flexures (spring-like rolling elements) to transfer electricity through the rotating mechanism instead of using a frictional contact. The radial and axial insulators comprise the non-rolling circuit components.

There is no need for greases, adhesives, or fluids inside of the Roll-Ring. Because of this, items that could potentially because mechanical failure are highly limited by design. Both electrical power and data transfer are improved with lower resistance. For power transfer, reduced resistance means less heat generation and improved efficiency. For data channels, reduced resistance increases the quality of the transferred data. 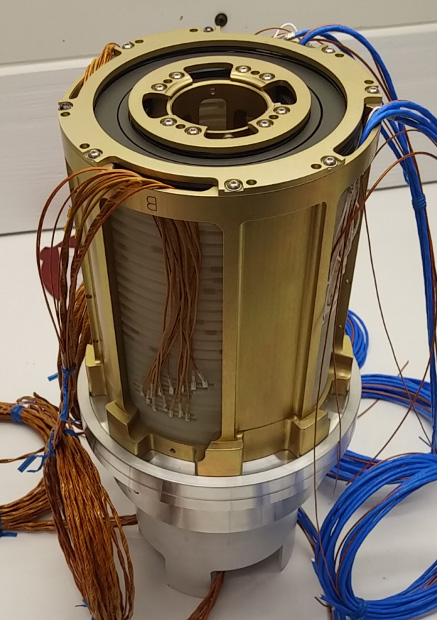 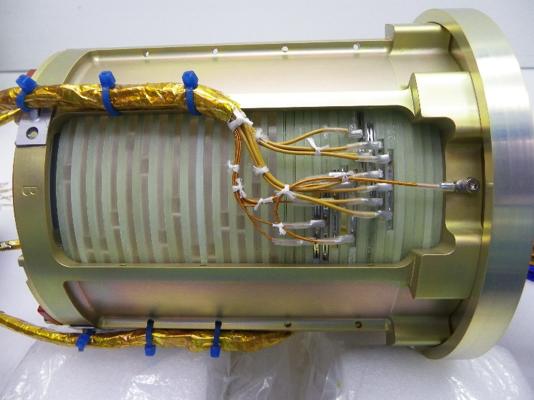 Due to the low noise inherent in Roll-Ring technology, they exceed requirements for satellites, helicopters, self-driving cars, and any application designed. On the Airbus MetOp-SG satellite program, the requirement was to pass signals with less than 1x10-9 errors at 5 Mbps and 10 Mbps data transfer rates. The upper limits of data transfer were tested to over 100 Mbps with zero bit error rate.

Diamond Roll-Rings have been designed into several space applications since Diamond-Roltran’s return to the space market.